More Swedish retailers believe their sales will increase, while the number who believe they will hire more staff is on status quo. Future indicator now rises and lands at -12 according to… Read more »

The Swedish Electronics industry had a weak start to the year, but in February, the value of total sales were one percent better than the same month last year.

The Swedish retail trade increased in both turnover and volume in January. Especially durables where sports and leisure peaked with cold temperatures.

Danish retail sales had a tough January. The total volume remained the same as last year, but the sales of daily commodities weighed up for declining sales of fashion and… Read more »

The price increase on groceries kept the total retail sales up for Christmas in Norway, December retail sales was 2.8 percent higher than December 2014. But volumes turned down by… Read more »

December continued the strong trend in retail sales. An increase in 4.7 percent in current prices and 3.4 percent in adjusted prices was boosted by strong food sales and strong off-season categories… Read more »

Prices fall in Finland, but the Christmas sales had a better development than expected. The retail trade turnover grew by 1.5 percent and volumes by 3.0 percent, according to the… Read more » 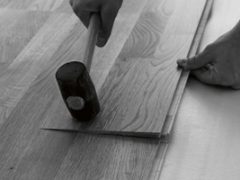 Construction and iron index from the Swedish industry organization of Building material dealers show that sales measured in comparable units and in current prices increased by 17.9 percent in November…. Read more »

According to Statistics Finland’s retail trade flash estimate, the sales of retail trade increased by 1.2 percent in November from November 2014. Over the same period, the volume of retail… Read more » 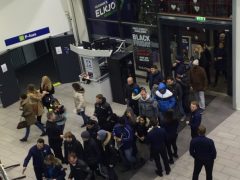 The successful year in 2015 with around 5.5 percent growth will be difficult to surpass for Swedish retail. HUI estimates that growth in the market is still strong, but will… Read more »

Finnish retail trade declined by 2.6 percent in turnover and 1.1 percent in volume in October. A steep decline in wholesale trade pushed the total numbers down further. Turnover sales… Read more »

Swedish retailers does not have a strong belief in next year’s development. According to Svensk Handel’s Trade Barometer, an increasing amount forecast a decline in sales, falling profitability and reduced… Read more »

Despite declining exchange rates Norwegians go on shopping just as much as before, according to Statistics Norway’s cross border indices. But comparing the third quarter with last year results in a… Read more »