Swedish online sports specialist Sportamore continue to grow heavily in its Nordic neighbor markets. “It is clear that our intensified marketing efforts have had the intended effect and it is… Read more »

K-rauta Sweden has been very successful with its advertising concept Jarmo, but will now change direction and focus on building relationships with their customers. “To make that change, we have made… Read more » 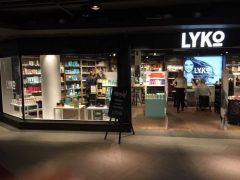 The cosmetics and underwear  e-commerce site Lyko is silently growing with physical stores with an omnichannel approach. Next to open is in Karlstad in Bergvik shopping center. The store concept is to focus… Read more »

Self-Service boxes has simplified e-commerce and give consumers new delivery options. DHL is now planning an expansion of more machines on the Swedish market – and introduces them in Norway and… Read more »

The Danish online discount giant Dagens Bedste is declared bankrupt. The bankruptcy comes after many complains from both customers and suppliers – making suppliers stop accepting vouchers that customers bought.

H&M had another double digit sales increase in September. The group’s sales including VAT increased by 11 percent in local currencies in September 2015 compared to the same month last… Read more » 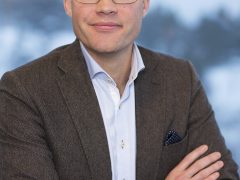 After the acquisition of Business Forum in Finland 2013 last year, the market leading B2B-online actor for electronics, Dustin, is ready for Finland under their own brand and online store…. Read more » 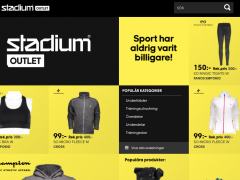 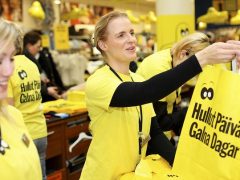 The weak Russian rouble continue to affect Stockmann’s turnover – but even in local exchange rates and excluding product categories that Stockmann has outsourced. The department store sales were down… Read more »

We use internet more and more through our phones. But a customer might be gone forever after experiencing a bad mobile site – especially if it’s an older customer. 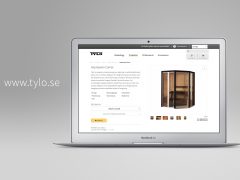 Tylö has decided to make a difference in the conservative sauna industry by launching direct sales to the consumer market, as an important part of the company’s digital marketing efforts…. Read more »

This week discount-site Fyndiq reached a landmark in the company’s five-year history – Martine Ingvarsson was the millionth unique customer who made a bargain with Fyndiq. “This is crazy and… Read more »

The Swedish pro-shop for film and photo enthusiasts, Scandinavian Photo, expands its operations with e-commerce in Denmark.

Sello shopping center is the next location in Helsinki for K-Rauta’s Express-concept – with an updated interior studio. The store will be located on the former Posti-premises next to K-market… Read more »

Garden center chain Blomsterlandet is set to open e-commerce ”The trend that more people shop online in Sweden continues to rise, and now we have begun our exciting journey to… Read more »

The Swedish e-commerce startup Vitvaruexperten.com has chosen its first partner – going for e-commerce platform Litium on Demand. ”It is a platform used by many large e-commerce operators, which is linked… Read more » 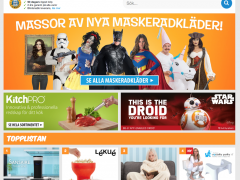 Coolstuff wants to become the leading gadget shop in Europe and is now strengthening the Board with two new members. In comes Robin Gustafsson, founder and CEO of Avensia and… Read more »

Lene Iren Oen has been appointed Commercial director of Komplett. She will therefore be responsible for Komplett.no, Komplett.se and Komplett.dk. Lene Iren Oen comes from a position as general manager of… Read more »

ICA’s hypermarket concept Maxi recently ended the partnership with Matvaran providing an e-commerce solution for 26 stores. But now an infected fight has started regarding the customer register where local Maxi… Read more »