Café-chain Dunkin’ Donuts is soon ready to announce their first opening in Sweden.

He also confirms discussions are on for Norway, Finland and Denmark. 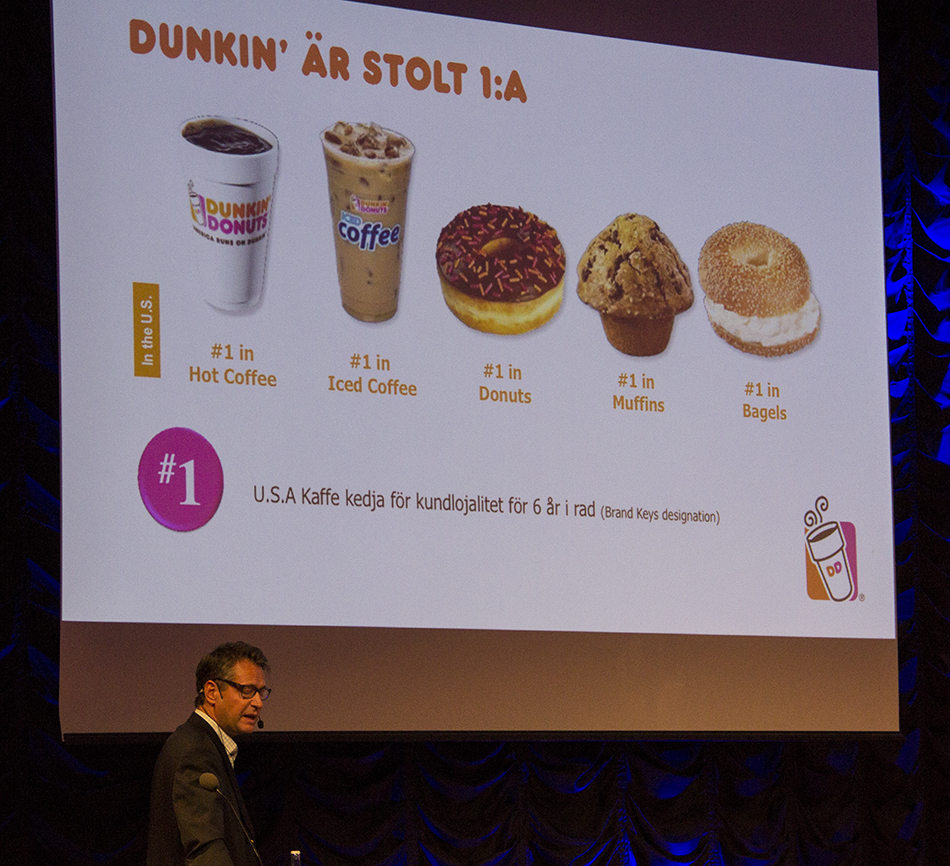 American Dunkin’ Donuts started in Boston in the 50’s. Today they are on 34 markets and targeting Europe with 6-10 new markets.

Two months ago the Swedish entry was announced.

”It was a bigger impact than expected. I had 300 calls from media, potential partners and property owners”, says Tommy Svensson to the audience at Grand Hotel in Stockholm where the event “Köpcentrum & Butiker” was held Thursday.

But at the same time, Dunkin’ Donuts had problems finding the desired locations in Stockholm. Tommy Svensson says the welcoming has been bigger in smaller city.

”But we target Stockholm first. We’ll have a logistic centre in Årsta for our fresh packed products and we can’t open far from it. We’ll have 10-15 units in the Stockholm area, from flagship to a hole in the wall. The flexibility is great”, says Tommy Svensson.

He confirms one location will be Mall of Scandinavia, but the flagship in Stockholm city centre is not yet signed.

”We will soon announce our first location, and probably our second”, Tommy Svensson says.
He tells the story how his daughters got interested in Dunkin’ Donuts coming home from USA. Together with Oskar Svensson from Runsvengruppen he decided to see if it was possible to introduce to Sweden. They had great timing with the contact, since Dunkin’ Brands just started to look at Scandinavia.
”It’s a concept that will steal some costumers from Starbucks and Espresso House, but does not have a real competitor in Sweden as in the UK.”
He says Sweden is considered as a good starting point for Europe.
”They will entry 6-10 new markets and targets Finland, Norway, Denmark – and Iceland.”