The Norwegian success chain Kitch’n has quickly reached 100 stores.
Now it targets Sweden.
“It’s possible to have more stores in Sweden, but the structure is different,” says CEO, Odd Sverre Arnøy, to ScandinavianRetail.com. 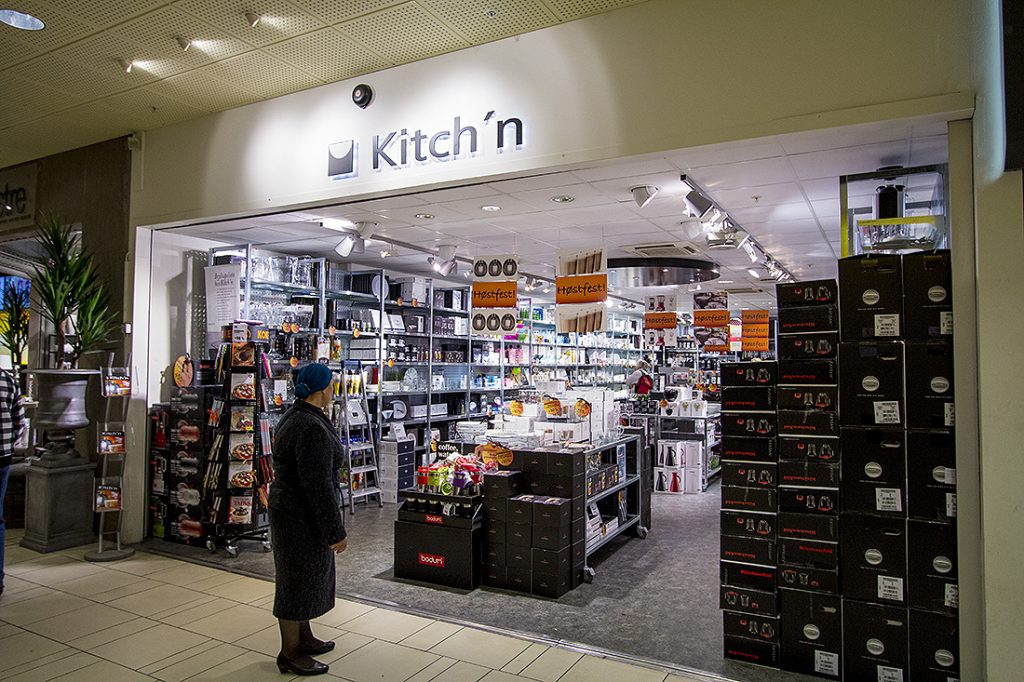 Kitch’n has had a heavy expansion in Norway. 2007 the chain had twelve stores, and before the end of this year they will be104.  Sales are accelerating and is expected to reach one billion 2018. And Kitch’n makes a profit, 23 million NOK last year.

“We have almost 50/50 owned stores and franchisees. In recent years, we have grown a lot with franchise”, says Odd Sverre Arnøy.

Now Kitch’n lowers the rate of expansion in Norway to five or six stores per year. Instead, the chain has taken a decision on establishing themselves in Sweden.

“Before Christmas, next year we have opened our first Swedish stores. We begin in the Stockholm area and take it from there. We have our head office in Forus in southern Norway and has no advantage in starting closer to the border. Stockholm is the natural starting point. ”

As in Norway, Kitch’n plans to open the first stores by themselves  in order to put the concept on the Swedish market. Odd Sverre Arnøy says that the concept is very distinct in a market with relatively few players.

“The closest competitor is Cervera.”

But it is a retail category that has had difficulty with the profitability for a long time?

“It’s tough in Norway too. But we have surveyed the market and believe we will do well in Sweden. ”

Kitch’n only sell branded products. Prior to 2009 Kitch’n tried some of their own goods, but that is no option now. Between 15-20 percent is household electronics – the rest traditional kitchen goods.

“You can not compete with chains such as Elkjøp/Elgiganten on electronics, but we invest in different brands and categories. Our competitive advantage is the concept in combination with the pricing”, says  Odd Sverre Arnøy.

A Kitch’n store takes about 150 square meters of space. Virtually all Norwegian shops are identical to the concept, but there are four flagship of 300 square meters with the same range, but with another exposure.

“We will make some adjustment in the range in Sweden from the beginning, as some brands are stronger there”, says Odd Sverre Arnøy.

He has been with the chain since 2009, of which the majority is owned by Halvard Velde (35%) and Wiggo Erichsen (50%), who co-founded the discount chain Europris. The latter two took over in 2007 after Bjørn Reidar Mæland who are still in the company as chain director. In five years, the chain’s sales quintupled.
Now Kitch’n hires Cato Helmersson, for now Centre Director at Kvadrat shopping centre in Sandnes, as Development and Establishment director with Sweden as his primary assignment.

“He is primarily responsible for leasing and will devote the first half to find locations”, says Odd Sverre Arnøy.

“We seek only mall locations. We have a high turnover per square meter and is therefore attractive to many shopping centers. Then, if we open one, two, three, or four stores before next Christmas we’ll see. We have respect for Sweden. ”

The first stores will probably be built from scratch, but Kitch’n might consider taking over existing interior shops.

“It can go very quickly to establish franchisees,” says Odd Sverre Arnøy who opens on 26 locations this year and notes that all franchisees that has opened a Kitch’n are still in operation.