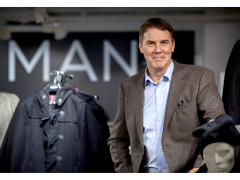 The Kappahl Board has unexpectedly decided to replace CEO Johan Åberg this morning due to wrong development in the fashion chain. ”We make the assessment that new leadership with more industry… Read more »

KappAhl AB held its Annual General Meeting on Wednesday 3 December 2014 in Mölndal. Four ordinary members of the Board, including Chairman of the Board, were re-elected in accordance with… Read more »