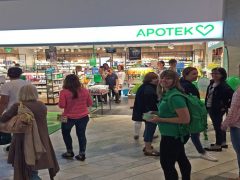 Pharmacy chain Apotek Hjärtat goes for its first airport location. A daily 6-19 open store before security control targets the need for travel products and last minute medicines. ”We have all prerequisites… Read more »

Ica Group’s pharmacy chain Apotek Hjärtat has signed an agreement with ApoEx to sell its care and nursing business to ApoEx for 62 milllion SEK.

The cross-border shopping around Strömstad got an additional supplement today when the Gallerian Strömstad opened. 20,000 square meters of shopping including a premium supermarket and a Sweden premiere for Moods of… Read more » 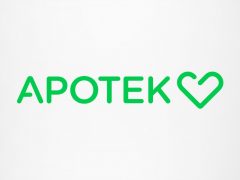 After Ica’s aquisition of Apotek Hjärtat – the partnership between City Gross and the pharmacy chain might end. According to Icanyheter, insiders says a situation with an Ica-owned store inside… Read more » 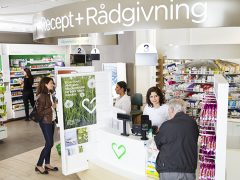 Pharmacy chain Apotek Hjärtat’s turnover increased by one billion in the first half. The soon to be listed pharmacy chain now has a turnover of 4.7 billion SEK.