Lager 157 closes its store in Sågmyra outside Falun. ”Sågmyra has not kept pace, says Jonas Ivarsson, head of marketing at Lager 157 to Dalarna Tidningar.

Ville Kangasmuukko is the new CEO of the fashion site Bubbleroom. He has previously been responsible for H & M Online’s expansion into the UK and the US. Founder and… Read more » 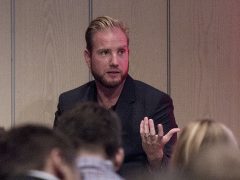 Swedish online fashion store Bubbleroom went into bricks and mortar in March. Now it’s ready to open the next store. And to introduce new technology into the stores to push… Read more »

No one wanted to buy Skärholmen centre, then the Royal Bank of Scotland went for a fresh start. Since this summer eight new concepts have opened stores.