Geir Inge Stoke becomes Coop Norway’s permanent solution. Board of Coop Norge Handel and Coop Norge SA has appointed him as Group CEO of Coop Norway. ”Both from the thorough search and… Read more »

Now, the first customers will definitely notice that Coop bought Ica’s grocery business in Norway. ”We are shaping the “new” Coop. The competition is very tough, but our discount chains will be cheaper,”… Read more »

The divestment of Ica Norway to Coop Norway is officially completed. Of the 2.8 billion price tag – Ica makes a 1.2 billion SEK profit.

After Coop Norway’s acquisition of Ica Norway, Coop announces a sharp reduction in the number of warehouses and terminals as Coop and Ica had their logistics hubs at roughly the same places. 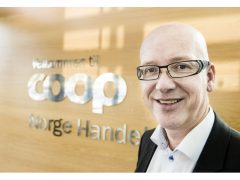 For nearly 40 years Rimi has been a key player in the Norwegian grocery. Now, Coop has decided to bury the store signs. ”We have great respect for the position… Read more »

Coop won’t close or sell any current stores if the Norwegian Competition Authority says yes to the acquisition of Ica. According to Coop Nordland director Lars Arve Jakobsen only Ica-stores… Read more »

Ica will leave Norway whatever happens with the Coop deal. A no from Konkurransetilsynen also means Ica will stop all cash flow to Norway which can lead to bankruptcy. That is the latest… Read more »

Double signals from Coop Norway makes the independent district cooperatives uncertain. New financial instruments from central level might force them to merge with other districts – or leave Coop for… Read more » 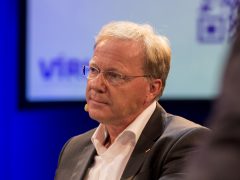 Ola H Strand quit his job as CEO of Coop Norway after a dispute with his board. But he was compensated. According to a statement from Coop yesterday he received… Read more »

A board resolution of the Norwegian Ski Federation states that cross country ski star Petter Northug can not compete in the Coop suit in national competitions coming season. The… Read more »