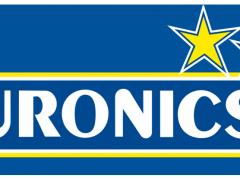 Electra Group has become an attractive partner for photo-retailers recent years after Expert-chain went bankrupt in Seden. Now, together with photo dealers and photo providers Electra Group has developed a concept… Read more »

Electra Group’s partnership with El-Salg in Denmark is paying off. The owner and supplier of AudioVideo-chain in Sweden and other consumer electronics chains, increased sales by 6,5 percent second quarter.