Gina Tricot reported a decline in sales in Denmark, but still make a profit on a par with previous years. “The Company’s performance and financial development did not live up… Read more »

The work to renovate the entire Femman, a block of Nordstan in Gothenburg, has now begun. The mall will be opened up and modernized to strengthen Femman’s position in Gothenburg and strengthen Nordstan’s trade… Read more »

The winds turn cold in Västerås – and times are hard in the city centre. What once was Gina Tricot’s most profitable store will now be group owned due to… Read more »

Gina Tricot updates the range strategy. The chain aims to raise the quality – and price. “I am confident that our customers are prepared to pay a higher price if they feel that… Read more » 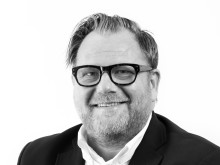