More Swedish retailers believe their sales will increase, while the number who believe they will hire more staff is on status quo. Future indicator now rises and lands at -12 according to… Read more »

Swedish retailers does not have a strong belief in next year’s development. According to Svensk Handel’s Trade Barometer, an increasing amount forecast a decline in sales, falling profitability and reduced… Read more » 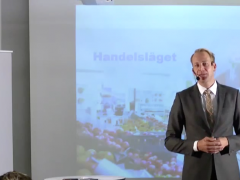 The Swedish government presented the budget for 2016 yesterday. But the Swedish Trade Federation are concerned that the costs for young employees will increase by 3.5 billion SEK. “The government should… Read more »

Swedish retailers have sold more than ever this year, but profitability goes down due to the large summer sales. And next month, it will be more expensive to hire young staff…. Read more » 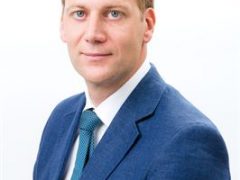 Swedish retailers have a declining faith in the development of sales and continued weak profitability makes Svensk Handel’s Future indicator drop from -7 in May to -16 in June.

The joy of the retail sales growth in Sweden is deleted by declining profitability. More retailers now believe profitability will decline the next three months.

Both Denmark and Sweden saw a decline in bankruptcies in the end of 2014. For Sweden the trend is good, but for Denmark December might have been just a temporary improvement. 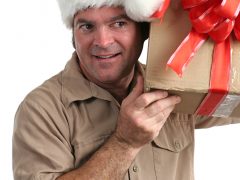 One of three stores bring in extra staff before Christmas. But before the Swedish budget-chaos, the retail business turned pessimistic in their future expectations.

Christmas sales are expected to break new records this year. But it is doubtful if the traders will benefit. Only 15 percent of the merchants believe in increased profitability.

The Swedish Trade Federation is very critical to Swedish government’s autumn budget. And the trade union Handels thinks it is not enough. ”Swedish trade receives a double punch from the government”,… Read more »

Swedish Retail will start to cut down on employees. That’s a conclusion after the election from Svensk Handel’s survey Handelsbarometern.

Svensk Handel’s, the Swedish Trade Federation’s, consumption indicator, Köpsuget, landed at plus 4 in August, compared with plus 20 in the previous poll conducted in June.

Statistics from payments provider Klarna shows that the number of purchases from mobiles has increased from 10 percent to 20 percent since last fall. This is pure mobile shopping, which… Read more »