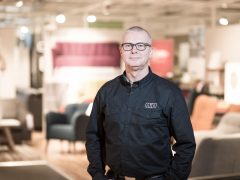 Mio reported strong growth during 2015. Sales rose by 22.9 percent overall, and for comparable stores  an increase by 20.3 percent. ”It was the fifth year in a row that we… Read more »

Furniture chain Mio has turned into a winning concept. Last year ended with a 87,1 million profit.