Stockmann’s turnover is decreasing, even after the divestment of several branches. After excluding Seppälä and divested branches in the department stores, sales in November were down by 0.8 percent. Lindex… Read more » 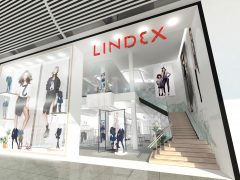 Stockmann Group’s sales in June 2015 were down by 1.6 per cent on the previous year at comparable exchange rates. Fashion category sales were up, but the closing of Stockmann… Read more »

The Stockmann Group’s sales in April were down by 23.5 percent on the previous year at comparable exchange rates. The change of the days of the Crazy days campaign is… Read more »

The Crazy days-campaign in March gave an extraordinary push for Stockmann’s department stores in Finland. Sales went up 41.6 percent – and the online sales at stockmann.com even more. But… Read more »

102 Seppälä stores in Finland and Estonia have a new owner from tomorrow. Stockmann and Eveliina and Timo Melentjeff has now signed the agreement.

The Stockmann Group’s sales were up 0.8 per cent on the previous year in local currencies, but euro-denominated sales were down by 6.4 per cent. Lindex is the best performing brand as sales at… Read more »

Stockmann’s fashion chain Seppälä will have a new owner in April. CEO Eveliina Melentjeff and her husband Timo Melentjeff will take take over the chain in a management buyout. ”This… Read more » 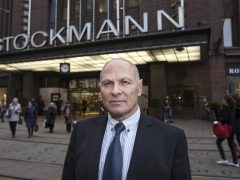 Updated: Stockmann Group has had a tough year, declining sales and negative currency effects gives significant  declines in all divisions. But there is also growth, online. And Lindex was on par in… Read more » 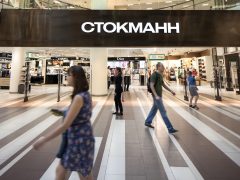 The fall of the Russian rouble weakens Stockmann’s revenues. The star of the Group is Lindex that grows internationally.

Stockmann cuts down heavily in fashion chain Seppälä’s operations. Finland will lose a significant number of stores. 380 of 800 employees will lose their jobs.

Once again Stockmann Group  issued a profit warning on Tuesday evening,  and indicate that the full year result for 2014 will be negative. Analysts in Finland now says Stockmann will probably… Read more »

Stockmann sets out Hobby Hall for sale and closes all Seppälä stores in Russia. “Seppälä’s not gone well, but the hardcore reason has been on the Russian side”, says Kaj-Gustaf… Read more »

The Stockmann Group’s revenue was down 9.1 percent on the previous year and amounted to 138.5 million EUR  in August 2014. Weak exchange rates of the Russian rouble, Swedish krona… Read more »