Online fashion company Stylepit is preparing for an exit from the stock exchange. New owner Bestseller has currently proposed the company to be delisted. This according to a call for an… Read more » 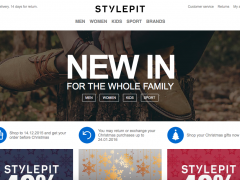 Anders Holch Povlsen, who sits on a 83 percent stake in the internet fashion store Stylepit says he is prepared to invest the work it takes to get Stylepit back on… Read more »

Fashion Group Bestseller and its owner Anders Holch Povlsen has now obtained the purchase of a majority stake in Danish online store Stylepit. But the completion of the offer is postponed… Read more »

The name change from SmartGuy was expensive. Danish fashion giant Stylepit reports a negative result of -19.7 million DKK on the bottom line and declining sales by 19.3 percent. Now the management… Read more » 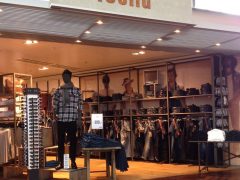 The merger between Norwegian fashion company Conseptor and Danish e-commerce specialist Stylepit has not been implemented. And it won’t be. On Thursday, Conseptor announced that the agreement is terminated.

Stylepits purchase of Solid-stores shrinks. Now the company reports that it reduces the number by ten.