Rema wants an independent analysis done by the government and criticizes the DLF-report. But Agriculture Minister Sylvi Listhaug says there is no need for a new report and Rema are… Read more » 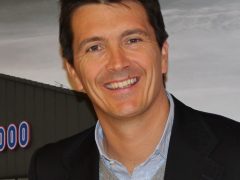 Today a NRK-documentary about the power relations and margins on the grocery market. Tomorrow morning adds DLF an analysis of competition  a study of prices and margins from 2011 to 2014…. Read more »

Norgesgruppen, Norways’s largest grocery retailer, now fights the agricultural minister Sylvi Listhaug. Their own figures show that food prices are falling again and the rise in July was due to few campaigns…. Read more »

The rise in food prices from June to July took Norway by surprise. Now the agriculture minister Sylvi Listhaug wants an answer from the supermarket chains. ”I request an urgent… Read more »