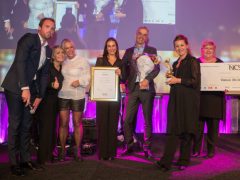 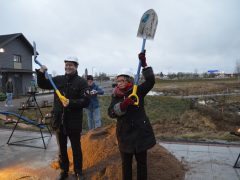 Olav Thon is not complete on shopping centers in Norway yet. Subsidiary Amfi has now bought Rygge Storsenter, giving them a monopoly situation in Moss. ”There is hardly any reason to… Read more »

Then Group continues to buy Swedish properties. To the premises in Överby, a Coop property is now added.

The currency drop in Norway had very little effect on the wide border trade against  Sweden. Instead, it increased by 8.6 percent in the three largest shopping centers during December.

The collapse of the Norwegian currency creates thoughts for the border trade. Last year, growth came to a halt when the Norwegian krone weakened. “We assume that the currency fall will… Read more »

Foreign investors have turned to the north. There has never been so much money available for real estate investments in Sweden. “It has become cheaper to shop here,” said Johan… Read more » Thon and Reitan Groups has a hotel together. Britannia Hotel in Trondheim will now be owned in a joint venture between the two Norwegian retail and property giants.

Olav Thon Eiendomsselskap reports a profit before tax of 116 million NOK in the second quarter of 2014, compared with a profit of NOK 614 million in the same period… Read more »

Here is the next Swedish shopping center giant. Norwegian Thon group has taken a giant step from the border trade – and is now opening a Swedish headquarter. “We have… Read more »

The trouble-mall Entré/Malmö Plaza in Malmö will have a new management from September 1st. ”We’ve got a job to do there with the leasing. Hopefully we’ll get a more positive… Read more »