Mall of Scandinavia, inaugurated in mid-November has already had over three million customers.

”2016 will be an exciting year,” says Lars-Åke Tollemark, Nordic President of Unibail-Rodamco. 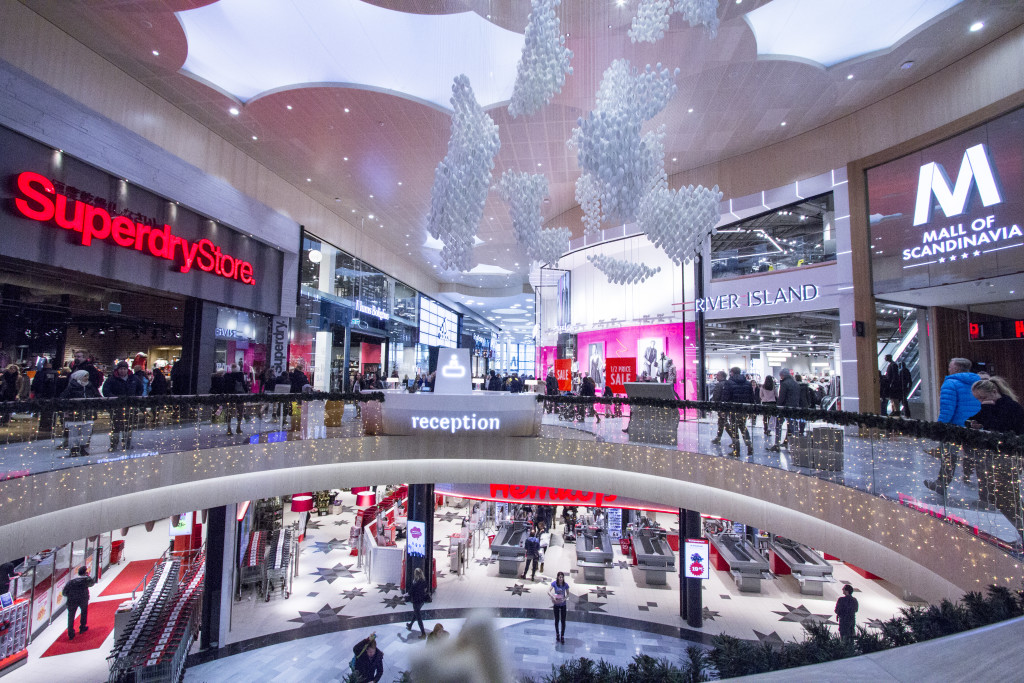 The new shopping center, located opposite Friends Arena in Solna, outside Stockholm, celebrated the millionth customer after 19 days and now the centre has had over 3 million visitors.
Lars-Åke Tollemark, which is the Nordic-president, for the property owner Unibail-Rodamco tells Dagens Handel the response from visitors has exceeded expectations and the background of the success is an exciting range of stores where several brands have chosen the Mall of Scandinavia as the site for its first expansion into the Swedish market.

The first commercial IMAX and a total of 15 moviesalons are also very popular and well attended.

”The interest in the Mall of Scandinavia is huge and the response from visitors has really exceeded all our expectations. Now we continue our work to bring the Mall of Scandinavia on the map. The aim is to surpass all other types of shopping experiences, not just competitors. 2016 will be an exciting year,” says Lars-Åke Tollemark to Dagens Handel.